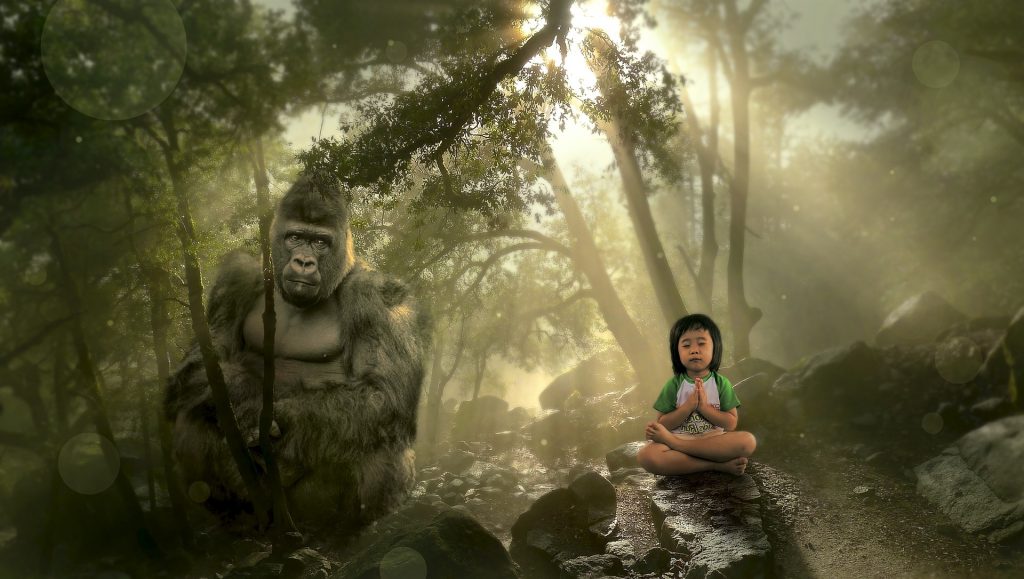 In the interest of offering all possible healing options, no matter how crazy they may seem to others, or even to the author, let’s talk about psychic (distant, intuitive, etc.) healing.  Hang on for a few paragraphs, as there is a positive tale.

I’ve tried a few “psychics” who claim to be able to help with health conditions or give you guidance about your life’s path. One of them is a reasonably well-known person who charges about $600 an hour for his advice. I bought the half-hour version. This was a reading that was done long distance. I wasn’t in his presence but at the beginning of the session, he claimed he “found” me in space and time and then proceeded to tell me I should move west to Pennsylvania. So, instead of having me in Washington state, which information I had freely provided, he “located” me psychically in Washington DC. To move west to Pennsylvania would have me encircling the globe to get there. All the ensuing advice was either off the mark or, where he was giving advice about my life’s path, really kooky. He suggested I start a group in Pennsylvania to provide advance warning of earthquakes. I have no sixth sense to determine if an earthquake is coming! I suppose he was suggesting that I’m just not aware of this undiscovered ability yet, but I wouldn’t bet a move to Pennsylvania on the magical appearance of a still-buried psychic ability.

The diet and lifestyle advice he gave me in this expensive reading was no more than what you could find on his website and youtube videos and that is essentially general information for anyone. He did offer to give me another reading since I was dissatisfied, but I declined.

I visited another fellow in Sedona, Arizona, who made fantastic claims but that was quite a negative experience in which I felt violated.

I’ll go into this next anecdote by admitting up front that while I am naturally a skeptic, I have a number of reasons not to be. What I have deduced from my experiences is that there are very strange, but real, cures taking place for which we have no explanation based in science. However, if you find psychics who can do what they claim, they probably cannot do it for everyone, every time. I have observed that psychic healing is much like mainstream medicine in that outcomes are always unpredictable; good outcomes are possible but not guaranteed. It is also clear to me that some acupuncturists (homeopaths, naturopaths, etc.) are skilled while others are not, as in true with every single profession or occupation, including the medical profession.

Here is the story about something that worked. Sparing you a good many details, I’ll make this as short as I can. In about 2002, I suffered a tooth abscess. It was at the same time I was getting some biofeedback/energy treatment. That practitioner referred me to some pretty scary information about root canals, so I was determined not to have one. My dentist cautioned me that a root canal was the only possible remedy and that there would be serious health ramifications if he didn’t do a root canal right away. Still, I continued to look for other solutions and one day remembered that someone had told me about a healer in Brazil who could do miraculous things. A cousin and I began to make plans to go to Brazil but I continued to get worse, until I could eat nothing but broth and even needed someone to fix it for me because I was sick in bed. The pain was excruciating and eventually I admitted that I could not fly to Brazil in that condition. My cousin suggested we write to our Brazil contact (an owner of a posada) and ask him to go to the Casa de Dom Ignacio and request a distant healing so that at least I could be well enough to travel. I honestly cannot remember why I was in an emotional or mental state that made any of this behavior seem reasonable but I felt very strongly about root canals.

The owner of the posada volunteered at the casa, as luck would have it, so he took my picture and information to Joao (the medium), more commonly known as John of God. He advised me that I would have a distant healing at 2 a.m. on Thursday and that I should wear white, be rested, and have a glass of water by the bedside which I should drink in the morning. I awoke after a few hours’ sleep at 1:55 a.m. Of course, there was nothing to see and nothing to feel—except that my mouth kept opening involuntarily. If I closed it, it would open again. That made me chuckle but in a short time, I went back to sleep. In the morning, I drank the water and for the first time in four or five days, it did not bring on pain in my infected tooth. In the kitchen, my husband offered oatmeal for breakfast and I gave it a try. No problem. By evening, I was eating lamb and I had no pain at all.  It was nothing short of miraculous.

A few weeks later, my cousin and I traveled to Abadiania, Brazil, where we visited the casa most days for the next three weeks. The medium prescribed herbs for me and I had a couple of invisible surgeries for I-don’t-know-what. I believe one of the surgeries might have involved female parts because I was slightly sore for a couple days.

I met a lot of people at the casa with amazing stories of healing. I met some who experienced no physical healing but felt more at peace with their conditions.

My tooth didn’t give me a pang for another few years and then I felt some mild discomfort and wrote to my friend at the casa. They did whatever magical thing they do and then I was ok for another year or two. This happened a few times over the next 7 years and finally, I decided to go ahead with a root canal, being in no position to return to Brazil. I was lucky enough to have a fabulous dentist who exercised extreme care in preparing the area over some days and while I still didn’t want to do it, I trusted him a great deal more than I had trusted the previous dentist. He asked me how long the tooth had been bothering me and I said, “A few days.” He replied that he was glad I came early, as there was little infection. Today, I would try oil pulling and any number of things first but I worked with the knowledge and opportunities I had at the time.

I did return to the casa shortly after my first trip. This time I took my husband, because it was just too weird to explain. He had a couple of injuries; one old, one recent, and I thought he might want his own experience in the supernatural.

He was dismayed when the cab rolled into town because Abadiania was not a beautiful little resort village by any stretch. Stray dogs and chickens wandered about the rough roads, the accommodations were pretty simple and the local population is noisy. We stayed three months and he loved his experience. He had two surgeries (invisible; no one touches you). He had an injured elbow and as he sat in the surgery with his opposite hand over his elbow, he could feel the bones and tendons moving about. When he emerged, I could see a small white scar across his elbow, which disappeared within an hour or so. His constant arm pain disappeared completely forever (to the present).

In spite of these remarkable events, I remain a skeptic. The placebo effect? I don’t believe it was a placebo effect but I have no scientific explanation to offer. It seems altogether ungrateful for me to be skeptical.

I should mention here that there was no charge for services at the casa. I paid a little bit for the herbs and I made a donation in the form of a check that was never cashed.

After my glaucoma diagnosis in 2006, a long time before my root canal, I returned to the casa, this time alone. My request was, of course, for healing for my eyes. My intraocular pressure is still too high at 16-19, according to ophthalmologists, but my condition did stabilize about this time and my visual field tests were steady for a long time (I haven’t had one in a few years). I do not believe my glaucoma was “cured,” but I did feel less anxious after my last casa visit. It might have been the effect of seeing so many people with troubles so much worse than mine that gave me a bit of a shake into acceptance.

There is some small evidence for the efficacy of distant healing, prayer, etc. (https://www.ncbi.nlm.nih.gov/pmc/articles/PMC3396089/). Any improvement may or may not be related to a person’s belief system. My basic belief is that we each have within us the tools for self-healing if only we can find the key to the toolbox. Does it matter if that key is our belief in God, or self, or someone else?

If you decide to make a trip to the casa, be sure to check the medium’s schedule because he travels to other countries to offer his services to people far afield. There are plenty of people to help you in the posadas and at the casa. There is nothing scary about being there. Many people hire guides to take them there which would add a wad of money to your expenses and which I didn’t find necessary. However, if you are alone and can afford it, it might be nice to travel with a small group. If I was going to do that, I’d choose Marge Cuddeback (http://home.earthlink.net/~margec/johnofgod.html). On your own, you could make a reservation at a posada, which usually includes meals, and the posada staff probably can arrange for a cab to meet your flight in Brasilia. I had a hotel reservation in advance but just grabbed an available cab at the airport. For all you ever wanted to know about the Casa de Dom Ignacio, visit www.friendsofthecasa.org.