Vaccination: Need and Side Effects

A vaccine is defined as a substance used to stimulate the production of antibodies and provide immunity against one or several diseases. 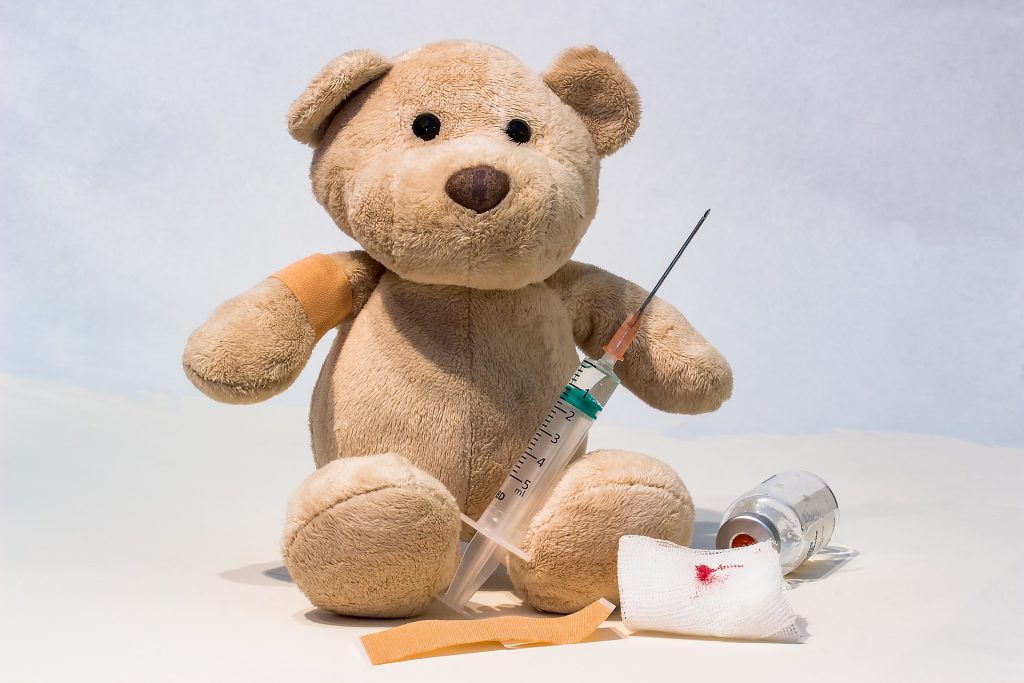 WHAT IS A VACCINATION?

Vaccines are prepared from the causative agent of a disease, its products, or a synthetic substitute, treated to act as an antigen without inducing the disease. A vaccination is, of course, the act of injecting said substance into a body.

There are vaccines for the following diseases, all considered preventable with the vaccination:

Vaccinations have inspired controversy since the first vaccine was introduced. The mainstream medical community wants to force compliance in the name of public good and there are some good arguments for that. The detractors believe that, like all pharmaceuticals, vaccinations are dangerous to health and come with unwanted side effects. Some (even some doctors) believe that vaccinations are a cause of chronic immunologic and neurological disorders, autism, multiple sclerosis, Guillain-Barré syndrome, macrophagic myofasciitis, encephalitis, paralysis, and death. This is not a comprehensive list. If you’d like to read further about possible reactions, follow this link: http://www.organiclifestylemagazine.com/issue/17-how-to-detoxify-and-heal-from-vaccinations-for-adults-and-children.This article from NCBI: https://www.ncbi.nlm.nih.gov/pubmed/24624471, claims that “very few” vaccinations cause adverse events. There is risk on both sides.

When vaccinations are mandated by law, you have lost the right to make informed choices for your own health and for the health of your children. You may not mind if you want to have vaccinations, but it is a trespass on individual rights when you do not want them. On the other hand, a parent is deciding about a child’s health rather than their own, which complicates matters, and you may be putting other children at risk as well.

One can find arguments for both sides of the issue and it is difficult to ascertain the real truth of the matter, even in interpreting the results of research, or to take a stance that doesn’t leave doubt.

If you choose not to vaccinate, have some other treatments for “vaccine preventable” illnesses firmly at hand; something you truly believe you can depend on. Others will disagree with your choice but you should at least have some confidence that you can protect your child from the consequences of infection. The troubling possibility remains that if your own child falls ill, he or she may infect others who are unvaccinated and people do die from (i.e.) measles. Some people are unvaccinated because they cannot be, due to illness, so you cannot depend on parents of unvaccinated people having medical alternatives that may help them recover.

The suggestions below are opinions and may have no hard, scientific evidence to support them. I pass them along for further research and make no personal endorsement or condemnation.

A healthy immune system is always the first line of defense against disease. To promote a healthy immune system, it is important to eat a balanced diet, with as much variety as you can manage, with lots of whole, fresh vegetables and fruits, quality protein and healthy sources of monounsaturated fat. The Zone is an excellent nutrition plan. Eat organic if you can. The goal is to detox your body and get rid of chemicals and foreign substances.

There are over a dozen detox teas on the market but you can make your own from one or more herbs or you can use the herbs in cooking. Check with your pediatrician before giving children supplements or treating with herbs.

Essential oils can be administered via a diffuser for inhalation, administered topically on your skin in a carrier oil (coconut, almond, olive, etc.) or undiluted drops can be added to a hot bath or compress. Find recipes for blends on the web or create your own.

OTHER SUBSTANCES AND SUPPLEMENTS

Adequate hydration helps to detox your body and is the best way to cleanse your kidneys. Drink clean water. Water is essential and a main nutrient for the human body. Without it, you cannot survive for many days. Staying hydrated is fundamental for a healthy body, so how much is enough? There are so many differences in people (i.e., how much we sweat), as well as the diets we consume (a lot of water comes from healthy, whole foods), but a general rule is to consume enough water that your urine is clear, but not so much that you dilute your nutrients. If you are taking certain supplements that make your urine yellow, then you can start out with the formula of drinking ½ to one ounce of water for each pound you weigh. If you weigh 130 pounds, drink 65 to 130 ounces of water a day. Definitely drink when you are thirsty.

Studies show that lack of quality sleep affects the production of disease-fighting antibodies. Your body repairs itself while you sleep. If you wake in the morning after 7-9 hours of uninterrupted sleep feeling unrested, you aren’t getting enough sleep or you have an underlying health condition.

OTHER THINGS YOU CAN DO

A stray dog in India bit me and as I write this, I have not yet completed my series of shots. I am a proponent of natural medicine (wherever practical and possible). There were, before this event, no adult vaccines in my history and I may not even have had many as a child. I have two grown sons and the first one, to whom I allowed doctors to administer vaccines, suffers from an autoimmune disease while the other, to whom no shots were given, enjoys glowing health. The older son has always made fairly sensible choices in caring for his health while the younger has over the years, abused his health in many, many ways. And yet, the younger son has no systemic disorders, and the condition of his body is quite robust.   Could the difference be genetics? Sure—they share roughly 50% DNA. Could it be environmental? They have lived in different cities and even different countries as adults, so of course it could. You will never convince me, however, that vaccines, and lack of vaccines, did not play a big role in this outcome.  Another variable is that with the younger son, I received no drugs during labor and delivery, as I did with my first child.

The detractors of vaccinations claim that once you put that morbid substance into your body, as well as the chemicals that go along with it, you have induced a chronic disease state, the same thing being true for the animals we vaccinate. I’ve always believed that argument.

The proponents of vaccines argue that if some of us get vaccines and some of us do not, those who don’t are not doing their part to eradicate the disease from planet earth. The argument is that the unvaccinated people will infect others when they become ill and thus, contribute to the continued life of the pathogen.  Giving weight to that argument is the 2017 outbreak of measles in Europe, which is blamed in part on the declining number of vaccinations.  It requires about 95% vaccination compliance to achieve good “herd” protection from a disease.  This argument also moves me because I don’t want your child to be sick or die either.

My thinking when my children were small was that I was entirely responsible for the health of my children and only peripherally responsible for the health of everyone else on earth. How could I do something I believed with all my heart would be bad for them? In my view, I would have been opting for the eradication of death overall, but championing instead having millions of people living with chronic disease conditions. I believed I had my children covered with homeopathic alternatives. They were never bitten by a rabid animal, however, so I escaped the decision for post-exposure vaccines.  The rabies vaccine is given after the bite and a tetanus shot can be given before or after but is preferable before the injury.  My homeopathic doctor recommended a tetanus shot for both my children because they were scouts and if they were injured during a hike in the wilderness, might have no access to alternative treatment soon enough.

The older son, who has a proclivity for science, no longer uses the homeopathic system on which he was raised from about the age of 3. He seems generally willing to go along with standard medical practices. He did visit a Chinese Medicine doctor once who told him that one of his complaints was a result of early antibiotic use (that the pediatrician prescribed for bronchitis and that we now know is not effective against viruses). Fortunately, I turned to homeopathy precisely because I didn’t want to put any more antibiotics into him and he was getting bronchitis fairly often. That was when he was three and also when we stopped vaccinating him with the usual childhood vaccines. For the next 15 years, we used homeopathy exclusively. After that point, no more bronchitis and virtually no illness at all until after he had left home.  It’s all anecdotal, though.  None of this proves that I made the right decisions or that one child is healthier because of those decisions.

So, here in India, I had my chance to try and find a homeopath in the outback of Goa, India, which is essentially Nowhere. You cannot buy a remedy here, or a light bulb for that matter. Even if I was lucky enough to find a homeopathic doctor, I could find no documented case of a rabies cure by any method once you have symptoms, except with a radical treatment or unexplained and rare natural immunity (like some who live in the forests of the Amazon). You could call it a cure only if a person had symptoms of the disease and was then treated and subsequently recovered. If you are bitten by a stray dog, you wouldn’t know if the dog was rabid unless it was frothing at the mouth, observed for ten days following the bite, or killed and lab tested. So, NOT coming down with rabies after an alternative treatment, or indeed after a vaccination, is not evidence of a cure from a disease you may never have had. Without the vaccination, however, people with symptoms do die almost 100% of the time and people bitten by known rabid animals usually do not get the disease if they receive the vaccination before symptoms appear.

Much as I hated to do it, I opted for the vaccine, as I surely would have done for my children if faced with the same scenario in the 70’s or 80’s. Every rabies jab makes me feel tired and raises my temperature. Now my job is to try to detox from the vaccine. The upside is that I am, at the very least, not in fear of dying a horrible death from rabies.

The bottom line for me now is that I don’t know what choice I would make today about vaccinations for my babies.  We have easy access to so much more information today; I might choose differently.  It’s a tough decision for anyone who wants to keep things natural, still be safe, and also be their brother’s keeper. 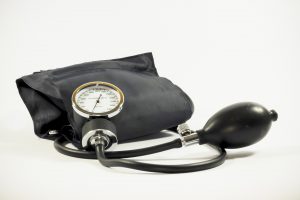 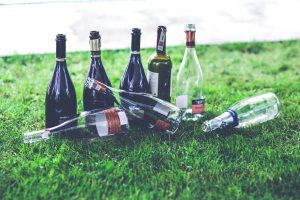 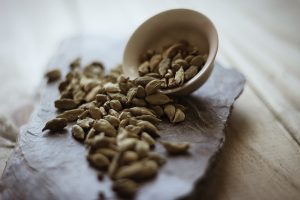 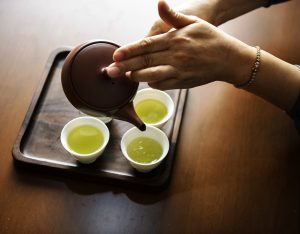 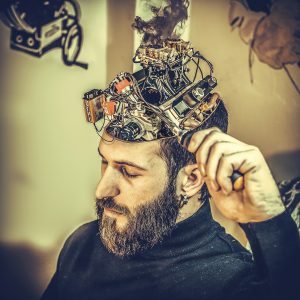 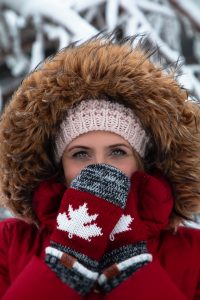 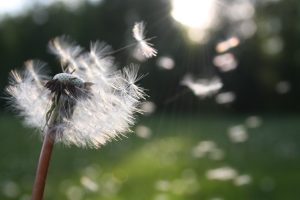 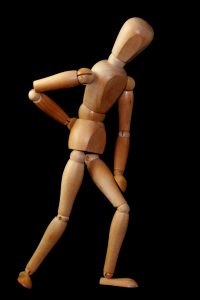